Casumo Casino is based and licensed in Malta. Despite having initially targeted Scandinavian players, the casino has expanded its market to entice and target players in the UK as well. Casumo is well known for their humour and smart marketing tactics, which are engaging and have even won awards. You may see Casumo in none other than the world-famous Wembley Stadium, where they sponsor the events and are featured in various places from screens to their social media. Also, the five lucky winners who recently became millionaires are a great testament to Casumo.

The casino works to create an enhanced and exciting player experience, with effort and attention paid to details such as customer reviews, bonus codes, characters and graphics and a user-friendly mobile site. Customer reviews, as seen below, are typically excellent, and player satisfaction is a lot higher than many competitors. 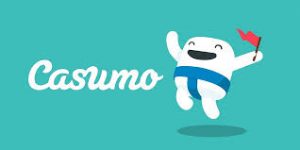 Regarding games and selection, there are over 860 games, which is extremely impressive and much larger than many of its competitors. The 860 games include an impressive array of slots, 785 as a matter of fact, as well as 30 jackpot slot games. The slots include the more classic favourites including GoldRush, Starburst, Jurassic World and many more. Also, the site features new games that are exciting and innovative. These slots are great for all players, and the winnings have been impressive, with the most recent winnings being over four million dollars.

In addition to the undoubtedly impressive selection of slots, there are also several different table games including roulette, baccarat, poker and nine versions of video poker. There are some live options as well, which allow players to play against each other all over the world and with real dealers, adding an element of excitement and realism for those players who value that Casumo has kept up with the times. The casino is optimized for mobile play and has even won awards including Mobile Casino of the Year, which is certainly a prestigious honour and is deserved for their mobile functionality and ingenuity.

This leads to the discussion on the innovative software. Casumo is certainly advanced in its software, and the interface is user-friendly and exciting. Players are able to win lots of trophies, and progress through different planets and galaxies, which equates to the fact that the more players play, the more players are rewarded. The graphics are bright and exciting with colours and cartoons being the name of the game. Casumo has also made an effort to create a real community amongst their players and users by promoting communication and interaction.

Finally, regarding customer support, which is crucial, and the make or break component of any online casino. There is 24/7 live support, as well as a very detailed FAQ page that covers almost any question that a player may have. If phone or email is preferred, these are options as well.

Overall, Casumo is an excellent option for players of all experience levels and who are looking for a user-friendly, innovative and intuitive casino. This award-winning casino gives its competitors a real run for their money and is impressive across the board.

The casino does offer a generous welcome bonus of 200% match on players first deposit up to 1200 euros, providing an excellent opportunity to play and win big. Upon using this welcome bonus, the promotions do not stop or end there. There are constant bonus codes and promotion codes issued and updated, to allow players access to more chances to win, free spins, bigger jackpots and so much more.